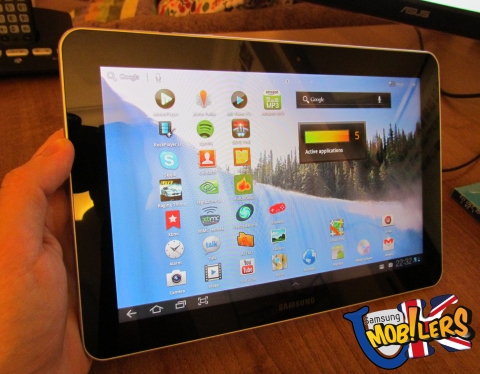 Being a Samsung Mobiler has brought another opportunity for me to get my hands on many Samsung devices such as the Galaxy S 2, Galaxy Pro, and Galaxy Tab 7.  Next on the list is the 1GHz dual-core Tegra 2 3G+WiFi Galaxy Tab 10.1 tablet â€“ check out my thoughts below!

Here we have the front and the back: 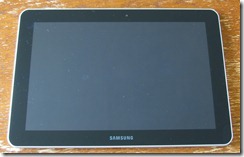 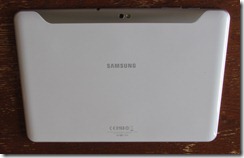 The bottom with the usb/charging port and mic:

And of course the sides, each with their own speaker:

Specs compared to other tablets:

Hereâ€™s an on-paper comparison to a few other tablets of similar size:

As you can see, theyâ€™re all pretty close in terms of specs.  The Tab weighs in the lightest and thinnest, the Transformer has the highest ppi, and the Xoom has the highest megapixel cameras.

Along with the â€œstandard Androidâ€ apps (such as gmail, gallery, google maps, navigation, etc) Samsung has included a few additional ones as well:

Browsing the web is really great on this device â€“ having a 1280×800 resolution screen, just like a laptop, really makes the browsing experience just as if you were using a computer.   For example, viewing Engadget, you donâ€™t need to horizontally scroll and you can view the page just like you would expect:

Iâ€™ve also not had any problems performing any tasks that I would normally do on a full PC â€“ for example, within Dolphin browser on my Samsung Galaxy S 2, tagging doesnâ€™t work, however, no problems in the built in browser on the Tab:

All in all, the performance and experience is similar to other 10â€ dual core Android tablets in the market that Iâ€™ve tried (Transformer, Xoom, etc).  What mostly differentiates the Tab is that it is lighter and thinner than any of the other tablets Iâ€™ve used, it has a 3G option (which most donâ€™t have, yet), and that there are no other ports (such as USB or MicroSD).

One thing to note is that a few people have mentioned having the â€œNewtonâ€™s Ringsâ€ issue which is where you get what looks like an oil slick effect on your screen.  Mine actually developed this problem last week, and after I put it in the fridge for a bit, the problem is minimal now and it only happens if I press the screen a bit hard (thereâ€™s a YouTube video about it here).  However, Samsung seems to be replacing those that have had this problem, so as long as you donâ€™t mind dealing with the issue if you happen to get itâ€¦.

Do you have a Galaxy Tab 10.1 and want to share your comments?  Thinking about purchasing one and have any questions?  Let us know in the comments below!