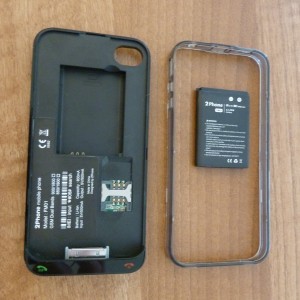 The 2Phone case for the iPhone 4 is a 3-in-1 case.  It is A) a case, B) a dual-SIM adapter, which allows you to use two SIM cards for voice at the same time, and C) an extended battery(ish..).  The team at RebelSim sent me one to review so read on to find out more about it:

Video review of the 2Phone 3-in-1 iPhone 4 case 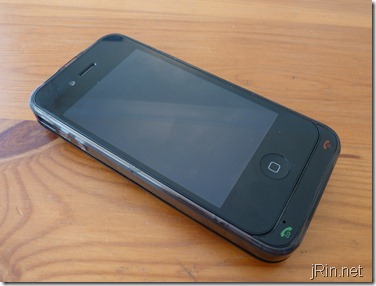 The inside of the case (the part that the rear glass touches) is a slightly textured plastic that protects the entire backside of the iPhone: 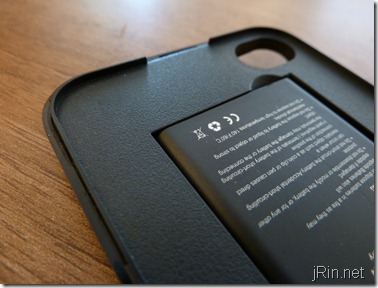 The bumper that covers the sides is a relatively thin, translucent plastic that covers everything else except the front glass.  It comes in a few different colors, but it only comes with this â€œsmokeâ€ colored one (and I canâ€™t seem to find a way to get/order other colors), but I personally like the color well enough: 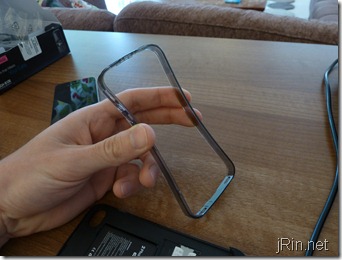 The bumper completely covers the volume and power buttons and unfortunately it makes it a bit annoying to change the volume. I find that I have to either press hard, or use my thumbnail, to actually get the volume buttons to press in (as opposed to being able to just lightly use the â€œpadâ€ of my thumb).  Also, it prevents you from easily using your thumb to flip the vibrate switch â€“ I now have to use either my thumb/index fingernail: 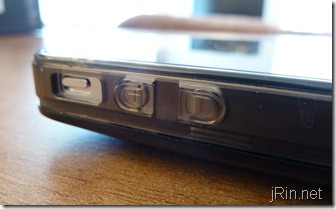 All of the port â€œcut outsâ€ line up perfectly, such as the headset jack and camera:

Whatâ€™s also nice is that it gets rid of the proprietary Apple port and replaces it with a micro usb port (which is used for charging AND syncing with your computer/iTunes): 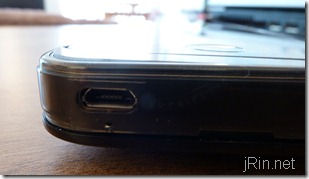 The case is very light and when compared with the weight of the iPhone 4, I really canâ€™t tell a weight difference when using it.  However, the case does add a bit of thickness to the phone â€“ it almost (not quite) doubles itâ€™s thickness, but at least itâ€™s curved on the edges, so itâ€™s not like you would be carrying around a brick:

The part that sets this case apart from all other cases I’ve seen is the fact that it lets you use a 2nd SIM card at the same time as the iPhoneâ€™s SIM card;  You donâ€™t have to switch between two SIM cards like other dual-SIM solutions.

The case is essentially a second phone that you are attaching to the iPhone, except instead of having itâ€™s own screen, you use a jailbroken iPhone app to use it.   The 2Phone case is powered by itâ€™s own 800mAh battery and not the iPhone 4: 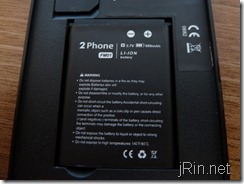 The 2Phone is quad band 850/900/1800/1900 and unlocked, so it should work with any SIM you end up pairing it with.  It takes regular size SIM cards so youâ€™ll need to use a microsim-to-regular SIM adapter if you end up using it with a microsim: 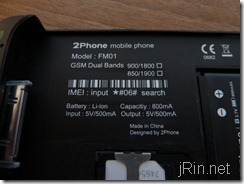 As mentioned earlier, in order to utilize the 2Phoneâ€™s SIM card, you need to install their 2Phone app which requires your iPhone to be jailbroken.  Luckily, at least at the time of this posting with 4.3.3 being the latest iOS, I believe all iOS versions are easily jailbreakable.   To get the 2Phone app, open up Cydia and add the 2Phone source (www.2phone.com/cydia) and then install the only app within that repository which is 2Phone. (Jailbreaking is bit out of the scope of this review, but feel free to comment below if you have any questions about doing so)  . 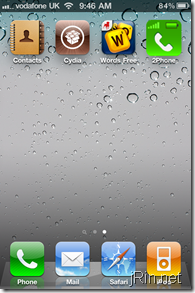 The app itself is very similar to the built in Phone app on the iPhone.  The iPhone Phone app has options for Favorites, Recents, Contacts, Keypad and Voicemail whereas the 2Phone has Settings, Recents, Message, Contacts, and Keypad: 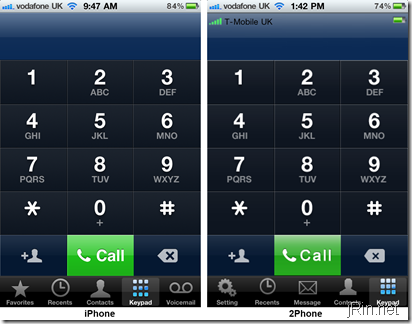 (on a side noteâ€¦I find it interesting that on my UK iPhone, they spelled it â€œFavoritesâ€ and not â€œFavouritesâ€)

There are a few different setting options you can change such as the ring volume and tone, text message tone, the phone number to use for voicemail, as well as setting/inputting the SIM pin.  As far as Ringtones, you are able to use the single 2Phone created ringtone, or any of the built in iPhone ringtones: 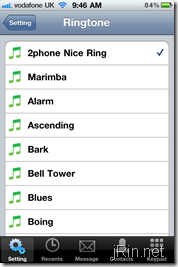 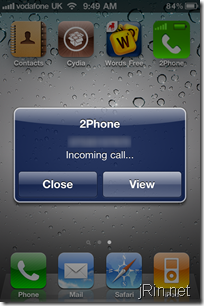 One thing that does bug me a bit is the fact that the audio quality of the speaker phone when using the 2Phone isnâ€™t that great.  The audio is rather scratchy and not nearly as loud as when using the iPhone speaker phone.  Again, itâ€™s nice to be able to use two SIM cards at once, but itâ€™s disappointing that the speakerphone doesnâ€™t perform well with the 2Phone.

If what you are looking for is the ability to have two SIM cards active at the same time, then this is the case for you (plus, it gives you great scratch protection and a small extended battery).  However, donâ€™t buy it thinking you will be getting a big boost in call time (remember, itâ€™ll only charge the iPhone if the 2Phone has 50% or greater battery left).  That being said, it works great for adding an extra line to your iPhone.  I would prefer it being a bit cheaper though, as at Â£130/$210, itâ€™s the cost of a low end Android phone.  But if you are currently having to carry around two phones to have two separate numbers (such as a work and personal phone), it would probably be worth it to ditch one of them!

Thinking about buying one and have any questions?  Already have one and have something you want to share?  Tell us about it in the comments below!