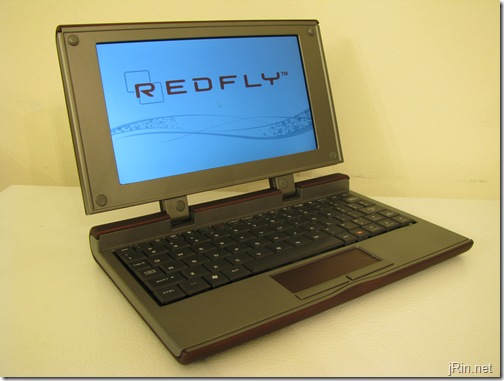 With all the netbook hype these days, and the fact that Iâ€™ve always wanted to try one, I decided to check out the Redfly C8 â€œmobile companionâ€.  The Redfly C8 is a niche product designed primarily for the business traveler looking for crazy battery life and basic word processing, email, and web access to compliment their smartphone.  This was made to compliment â€œbusiness usesâ€ (email, word processing, etc), but thatâ€™s not all it can be used for.  Slightly smaller and lighter than the average netbook, this device is basically an extension to your smartphone â€“ it gives your phone an 8â€ 800×480 screen, qwerty keyboard, and all with an amazing 8 hour battery life.  That being said, unless you are looking for extreme battery life and basic functionality, you will probably be better off buying a netbook (such as the Dell Mini 9 from the dell outlet, for around $200).  However, for the right person, this device really is neat (for lack of a better word) — keep reading to find out why:

Specs at a glance:

The C8 is a rather small device, as itâ€™s only 2 pounds and is a tad bit smaller than your average 8.9â€ netbook.  It does have a rubbery texture all around (where ever it is red), itâ€™s weight is evenly distributed, and has rounded edges all around. 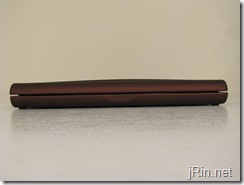 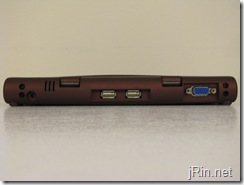 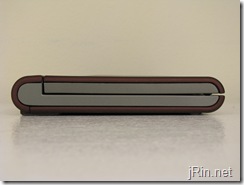 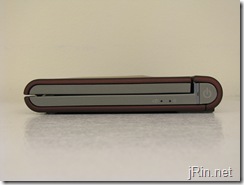 The keyboard, while small, is nice to type on (one you get used to the smaller keys).  There is no flex whatsoever, and are relatively quite when typed on.  The touch pad is honestly like any other touch pad except that it is short and wide, so you wonâ€™t be able to move the cursor as far vertically on the screen with one â€˜swipeâ€™ as you would be used to on a normal laptop. 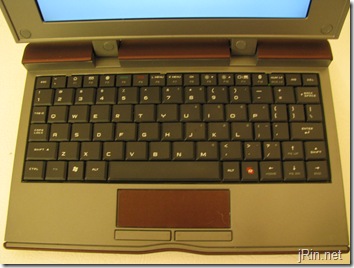 The screen opens to about 145 degrees, and there is absolutely no flex in the screen â€“ I canâ€™t even bend the lid unless is really put some force into it. 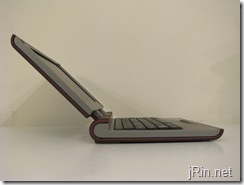 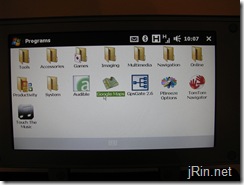 The Redfly is basically as feature packed as your smartphone is.  Other than video playback (which it canâ€™t currently do, such as youtube or wmv/avi/etc playback), most software you can run on your phone, you can run on the redfly, just basically with a larger resolution.

Once the initial setup is done (basically installing the driver, then plugging it into the Redfly with a USB cable), connecting via bluetooth is a snap.  As long as bluetooth is enabled on your phone, you just need to pull out the Redfly, push the bluetooth button, and click connect:

Another feature is that you can connect your phone to the redfly via USB as well (which is how you have to initially set it up to work via bluetooth). With itâ€™s great battery life, you can also charge you phone while being plugged into it, so this can also double as a battery charger for your phone.

Besides the fact that it doesnâ€™t work without a smartphone [though, not really a limitation as it is just a smartphone terminal) — One of the major drawbacks to the C8 is that it cannot play back videos/movies, or many other â€˜moving-graphicsâ€™ software (such as the HTC TouchFlo home screen).  The C8N sort of gets around this issue by having a video input (rca), which you could then utilize your phoneâ€™s video output to display youtube/videos/etc (such as the AT&T Fuze or iPhone). It is simply a known limitation and was never really intended to be used in this way, though it is something that Redfly may be trying to work into future firmware/software revisions:

So who is this device made for?  A very niche market â€“ if you are looking for crazy battery life, and just want to be able to have basic access to word processing, email, and web (and of course, have a smartphone), then this is for you.  If you want anything more, and can deal with the shorter battery life, I would highly recommend getting a netbook as they are quite easily found in the $200-$250 range these days.  In short â€“ it comes down to the battery life – in my opinion – and whether or not you already have a smartphone!